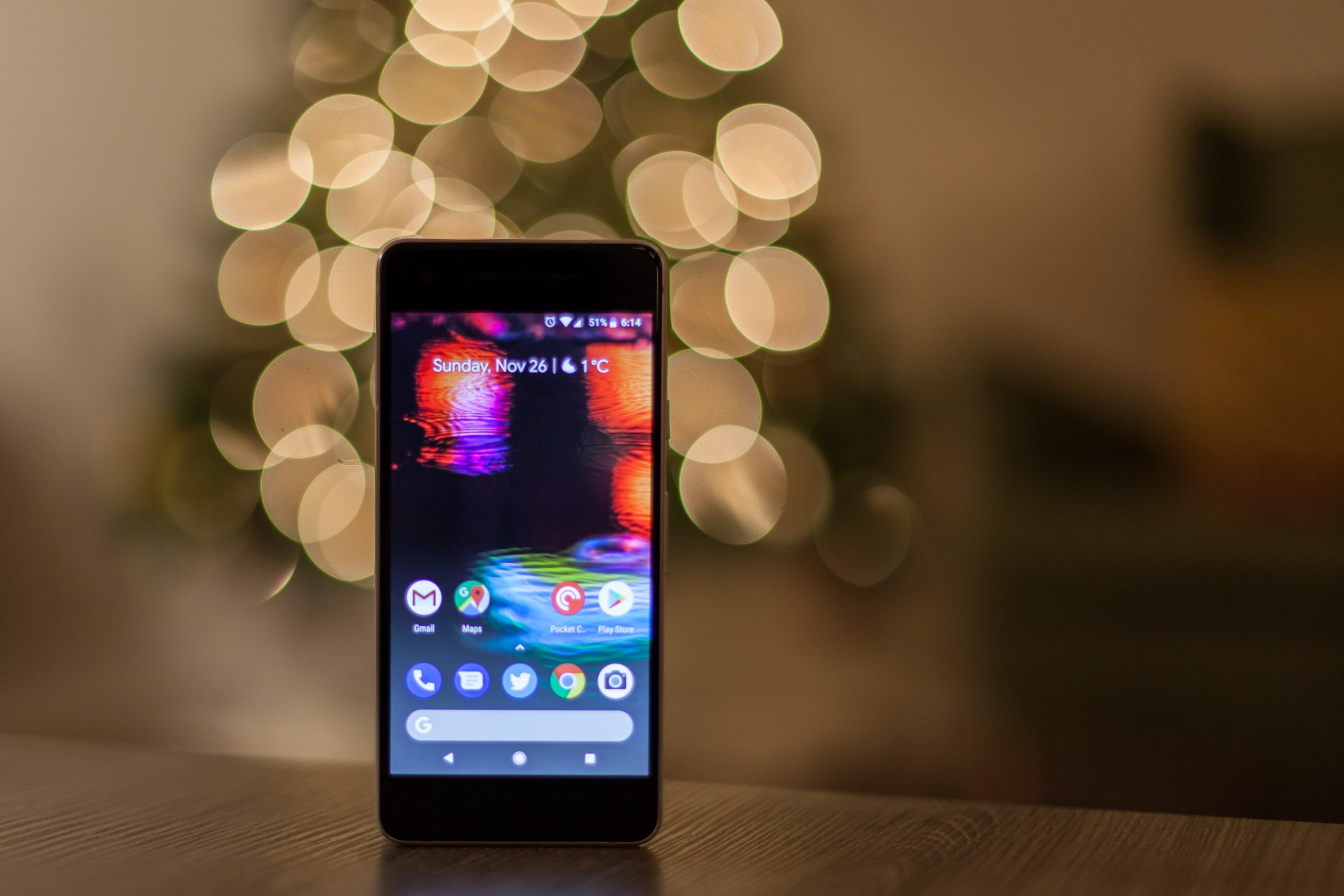 Did you know that 85% of people across the United States watch monthly online video content on their devices? Plus, 54% of consumers want to view video content from brands and businesses they already support. If you’re still not confident that video should contribute to your marketing strategy, how about if we told you that on average eight out of 10 of your customers are more likely to shop with you, having watched one of your videos? Ultimately, if you’re looking at taking your sales up a gear, then investing the time and, if possible, the budget into professional and informative videos, is a no brainer.

If you are thinking about getting behind the camera though, it is essential that the footage looks sleek, crisp and clear. There are multiple factors that contribute to you getting the best possible video and one of the most important, is lighting. After all, you want both returning and prospective customers to really absorb what it is you’re trying to say, especially if it’s via a personal video marketing email or message.

We get it, sometimes finding the right lighting can be a challenging task. In some cases, there can be too much light and on the other hand, sometimes the footage just doesn’t seem bright enough. Don’t let the word ‘lighting’ scare you though, you really don’t need all of the fancy equipment you might see in films. Trust us, there are plenty of simple and effective ways to ensure that you accomplish good video lighting with it taking up too much of your time and money.

To help, the team of experts at SnapCell have put together this handy list of tips and tricks to make sure you’re an absolute pro when it comes to your next video shoot.

Prepare for the shoot

Firstly, never underestimate the power of lighting and try not to take for granted how much of an impact getting it totally right – and of course, totally wrong – can have on your footage. It never hurts to look around the location ahead of the shoot and be as prepared as possible.
Have a think about what natural light is already there and what artificial light might need to be added.

If you can guarantee consistent weather throughout the whole shoot, then try to use natural lighting whenever possible. If it’s dry, then you might be tempted to take your set-up outside and who would blame you? Not only does it tick the easy box but it’s also cost-effective. Try to avoid extreme brightness though. If it’s overwhelmingly bright and you want to shoot outside, then try and steer clear of direct sunlight and instead find shade to work in. Of course, you’ll avoid this if it’s cloudy.

If you anticipate filming over a longer duration, or you’re not confident that the weather will stay the same throughout the day, then you’d be best to stick with artificial lighting. A naturally lit backdrop has the potential to look great but if you find your video bouncing from bright sunlight to dark cloud, this can have a huge impact on not only the quality of your video but also how your products are showcased. You want the edited footage to seamlessly blend, so having a sudden change in the natural lighting can make this more difficult. Remember, the best results come from the shoots where you have as much control over the lighting as possible.

If you’re filming somebody talking to a camera, take into consideration the impact the brightness of the sun will have on them. After all, the last thing you want is one of your team distracting the viewer due to their inability to stop squinting.

Try to avoid mixing too much natural and artificial light. While this might be tempting, it can often mess with the color temperatures. If you do find yourself using both and it’s not really working, then try turning the lamps off and sticking with just the natural lighting.
Choose your temperature

If you’re using artificial lighting, then remember to keep in mind the different effects each type of lightbulb will have on what you’re shooting.

There are warmer tones, which are more yellow and the cooler tones, which come from white and blue lights. This is called color temperatures. If you have the time, we encourage you to have a play around with different bulbs, to establish which temperature suits your video best.

Remember, being in the automotive industry means that you probably won’t just be filming people, there’s likely to be cars in shot too. With this in mind, consider how certain temperatures might impact the color of a car, or its features. You want to showcase what the car has to offer, so make sure your lighting choices doesn’t prevent this.

Beware of the backlight

If somebody is filming themselves talking to the camera, or in other words, in ‘selfie’ mode, then beware of the backlight. Although it can seem fancy and cinematic, it often adds extra unwanted shadowing.

Watch out for the glare

When we talk about watching out for the glare, we usually refer to looking out for it on people’s glasses. However, it’s even more important that we take that unwanted glare into consideration when filming cars, because of all the glass and reflective material involved.

If you’re using natural lighting and the sun is quite direct, then you might want to either change the angle of filming or move the vehicle to avoid the glare.

Use a lamp at night

Understandably, it might just be more time efficient to film your footage out of hours, which means it might be dark. If this is the case, you’ll need to use a lamp to help with lighting. Your lamp needs to be bright but also diffused, which in other words means, not direct light. This will mean that the light is a lot softer.

Don’t worry about splashing out on anything professional, there are plenty of ways to create your own diffused light if you’re struggling, so don’t be afraid to use your imagination. Whether it’s diffusion paper or even bubble wrap, have a play with taping different materials over the light to see what effect they have on your footage.

Some people also try to create soft lighting by bouncing light off the walls and ceilings. While this is definitely a better option than shining the light directly towards the product or person you’re filming, remember this technique can cause shadowing.

If you have got the budget, then there’s always the option to invest in some high-end lighting. From single LED lights, to fully loaded studio kits, there’s plenty available on the market, depending on how much you’re willing to spend.

A top tip from the team at SnapCell, is to get your hands on a ring light. If you’re using our app, then you’re likely to be filming on your smartphone or iPad. If this is the case, then a ring light could well become your new best friend. Ring lights are available to suit any budget and can be bought as part of a static floor stand, or as a clip on that can easily sit on the top of your phone.

A common technique when filming is to use three-point lighting, which means using three separate lights, each pointing towards the focus.

The easiest way to explain three-point lighting is to imagine that the focus of the shot is standing in the middle of a clock. You should then place three lights around it, the key light, the fill light and the backlight. The key light needs to be placed at around four o’clock and should be the brightest of the three. The fill light sits at eight o’clock and should be about half as bright as the key light and finally the backlight is placed at around 1 o’clock. The backlight doesn’t need to be diffused, as it won’t create extra shadowing.

The benefit of using this technique is that you can change the position of each light to bring out the best of what you’re filming and equally, hide anything you don’t necessarily you want the viewer to focus on.

Topping off our list of advice, is encouragement to get creative and experiment. Invest the time in having a play with angles, different lighting types and whether you film indoors or outdoors.

If the end result isn’t what you had anticipated first time round, then try not to feel disheartened. The beauty of lighting is that the possibilities are limitless. Thanks to the range of artificial lighting that is out there, plus the ability to improvise yourself, you really can manipulate each shot to make sure it is exactly what you’re after.

It’s clear that the use of video marketing is on the rise, so if you want to get one step ahead of the competition, then speak to SnapCell. Created with automotive businesses in mind, the SnapCell app helps drive sales and engage with both current and prospective customers. The team at SnapCell use their extensive knowledge of both the car trade and their expertise in videography, to provide marketing support to car dealers across America and beyond. Get in touch with SnapCell today.

Get An Example SnapCell Video Sent To You Now

Please fill in the form provided to receive your example SnapCell video.

SnapCell Demo - See us in action