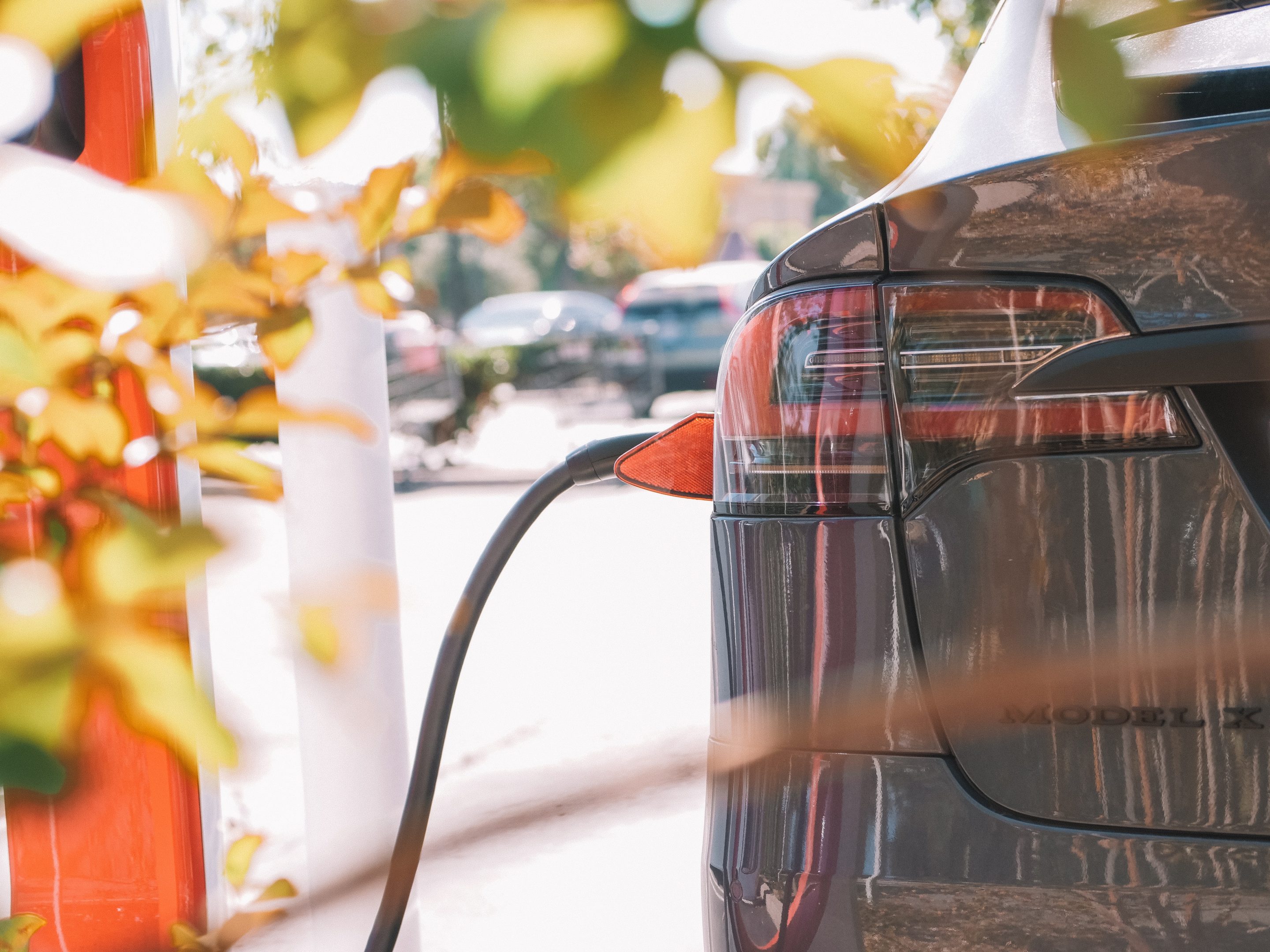 The electric car market is exploding, with the latest stats revealing more than 5 million hybrid electric vehicles and over 1.4 million plug-in electric vehicles sold across America since their launch over a decade ago. Experts already believe that the motor industry has already turned a corner, with sales of electric vehicles expected to rapidly excel those of petrol and diesel cars. And, this hardly comes as a surprise, with both Jaguar pledging to sell only electric models from 2025 and Volvo following suit, announcing that they will be fully electric by 2028. In fact, by 2040, it’s anticipated that every new car sold globally will be electric. So, what’s the hype all about? If you want your dealership to stay afloat in what’s set to be the biggest revolution in the car industry in over a century, then it’s time for you and your team to top up on your electric car knowledge.

When was the first electric car produced?

The first-ever electric car was created back in the 19th century. While the first full-sized electric vehicle was created by Scottish inventor, Robert Anderson in 1832 and, while it wasn’t technically a ‘car’, it was an electric-powered carriage. A few years later, in 1835, Thomas Davenport unveiled a small locomotive that was powered by the first American electric motor. This one is the one to remember because Davenport’s locomotive was the first-ever practical electric vehicle to be produced.

Are there different types of electric cars?

Let’s start off with the basics by discussing what they actually are. In short, yes, there are three main types of electric cars: fully-electric, hybrid-electric, and plug-in hybrid electric.

Simply put, fully electric vehicles (EVs) have a battery instead of a gasoline tank and an electric motor instead of an internal combustion engine.

Hybrid-electric vehicles (HEVs) and plug-in hybrid electric vehicles (PHEVs) are both combinations of electric and gasoline, so they function using an electric motor, along with a gasoline tank, and an internal combustion engine. It’s important to remember that PHEVs use both gasoline and electricity as fuel sources. The difference between HEVs and PHEVs is that PHEVs can be plugged in to be charged, while HEVs collect energy through regenerative braking.

It’s no secret that electric cars tend to be more expensive to buy outright, than gas vehicles, due to less of them being produced and newer, more expensive technology. However, it’s traditionally been the high cost of batteries that make them a most expensive option – but with the price of batteries falling, this is set to be reflected in a drop in vehicle price, looking forward.

All in all, if you look at things long-term, they are most definitely a more cost-effective option. Not only is charging the car a cheaper alternative to filling your tank with gas but the price of any necessary repair and maintenance work will generally be much lower than that of a petrol or diesel car. With fewer parts to consider and no gears, there is less room for potential damage, resulting in lower maintenance costs for the customer and less time spent by your technicians fixing the work.

It’s also worth noting that with the electric car market anticipated to explode, now is a good time to start thinking about advertising the knowledge and expertise your staff – technicians in particular – have, to current and potential buyers. And remember, if your technicians aren’t already up to speed with working on electric cars, then it’s time to invest in getting them trained up. Being able to show customers that you are the ‘go-to’ experts when it comes to electric cars is sure to put your dealership in the driving seat, as soon sales across the country really start to heat up.

Do electric cars make the same noise as gas vehicles?

Fully electronic cars are undoubtedly quieter than gas vehicles, with some people not even realizing they are approaching, as they are so quiet. In fact, due to safety, new regulations state that electric cars will need to make an artificial sound, so they can warn pedestrians – especially those who are visually impaired – that they are coming.

We get it, electric cars bring with them a whole new ball game when it comes to the automotive market – and it can be difficult for industry experts to get their head around, let alone customers. But with the electric car market snowballing, now is the perfect time to showcase what they are all about and the SnapCell app is here to help. Why not generate some social media content by creating a video, comparing electric cars and gas vehicles? Kick things off by comparing the difference in sound made by electric vs that of a gas car – this is bound to get your social media followers talking and is guaranteed to trigger that engagement with your target audiences. Remember, using the SnapCell app makes it easier than ever for staff at your dealership to get behind the camera. Designed specifically with the automotive industry in mind, SnapCell will help any member of your team to seamlessly create clips at the touch of a button. Plus, your customers are bound to thank you for making the concept of electric vehicles so much easier to understand.

How do you charge electric vehicles?

Electric car charging is simple, cost-effective, and best of all, convenient – especially if you have the ability to plug your car from the comfort of your own home. Get this, you could even plug your car in overnight and it will be charged and ready to drive once you wake up.

Although it’s becoming more and more popular to charge your car at home or workplace, public chargers are increasingly on the rise, with 43,000 stations – that’s 120,000 charging ports – now dotted across America.

How long it takes to charge a car depends on multiple factors, including the charging equipment itself, the size of the car’s battery, and its available charging capacity.

What are the different types of charging?

When it comes to charging your car, there are three different types of chargers.

Level 1 is the slowest method of charging your car but is ideal for those wanting to charge overnight, before traveling no more than 30-40 miles on average a day. All electric cars come with a cable and that’s exactly what Level 1 is – connecting the car to a wall power socket, via the charging cable, so there’s no installation required. With it being so simple and accessible, this type of charger works well anywhere, including home, work, or at a public station, and is ideal for plug-in electric vehicles with a small battery but will also do for totally electric cars, if they are traveling a short distance.

Level 2 is definitely faster than Level 1 but it requires the installation of an actual charging station, otherwise known as electric vehicle supply equipment (EVSE). Level 2 is found at many public and workplace stations but can also be installed at home (although you’ll need a dedicated 240-volt or 208-volt electrical circuit – similar to those used for kitchen appliances – if you want to install one at your home). It uses the same cable as Level 1 – the cable that comes with the car – so any electric vehicle can plug into a Level 2 charging station.

The final type of charger is Level 3 and these are unsuitable for home installation, due to them requiring a 480-volt connection. While this offers the fastest type of charging, not every car is equipped to use this charger.

And for those of you who are panicking about running out of charge, don’t. Research shows that around 57 percent of electric car drivers share this worry, while only 5 percent have actually run out of charge.

Is gas or electric a cheaper option?

Although electric charges vary depending on where you are in the country, it is overall definitely a cost-effective option to drive an electric car, rather than gas.

Put it this way, an electric vehicle tends to cost $1 in energy, compared to around $3 for the same distance but using gas.

If you’re charging from home, it costs around 18 cents per kilowatt-hour (kWh), which means a 150-mile journey would cost you around $7. The same route, but using gas, is likely to be more than double that, setting you back more than $20.

The same goes for if you use a public charging station. Drivers might expect to pay 30 cents per kWh on Level 2 charging and 40 cents if they’re using Level 3. If this is the case, their 150-mile route will cost between $12 to $16, still saving them a good amount of cash.

You might not believe this but a Tesla Roadstar is faster than most sports cars. Yes, a Tesla Roadstar has an acceleration speed of 0 to 60 in 1.9 seconds, while a Ferrari or Lamborghini goes from 0 to 62 in around 2.8 seconds.

Yes, one of the many benefits that come with buying an electric vehicle is its efficiency. With up to 80 percent of their battery energy powering the vehicle, compared to between 14 and 26 percent of energy from a gas-powered car.

Remember also that electric cars won’t produce any tailpipe emissions, however, they will still produce some pollution from tire and brake particles.

What do you do with the extra space?

Without a big combustion engine in its front, an electric car has space for two trunks – a ‘frunk’ (front trunk) and trunk. And, while the concept of having a ‘frunk’ is nothing new, the idea that drivers can have one at either end of their vehicle, is.

Electric cars are without a doubt, the future. So, it’s time to make sure your dealership is in the driving seat when it comes to the electric vehicle boom. It’s time to impress potential customers by showcasing your knowledge of electric vehicles. Even if you don’t have a model in stock, then produce engaging content for your website and socials, created to spark conversations and ignite interest from customers. Be the forward-thinking dealership your customers want you to be, so when they’re looking for their next car – electric or not – they will come to you. Get in touch with the team at SnapCell, and our professional team of experts will help keep your dealership one step ahead of the competition.

Get An Example SnapCell Video Sent To You Now

Please fill in the form provided to receive your example SnapCell video.

SnapCell Demo - See us in action